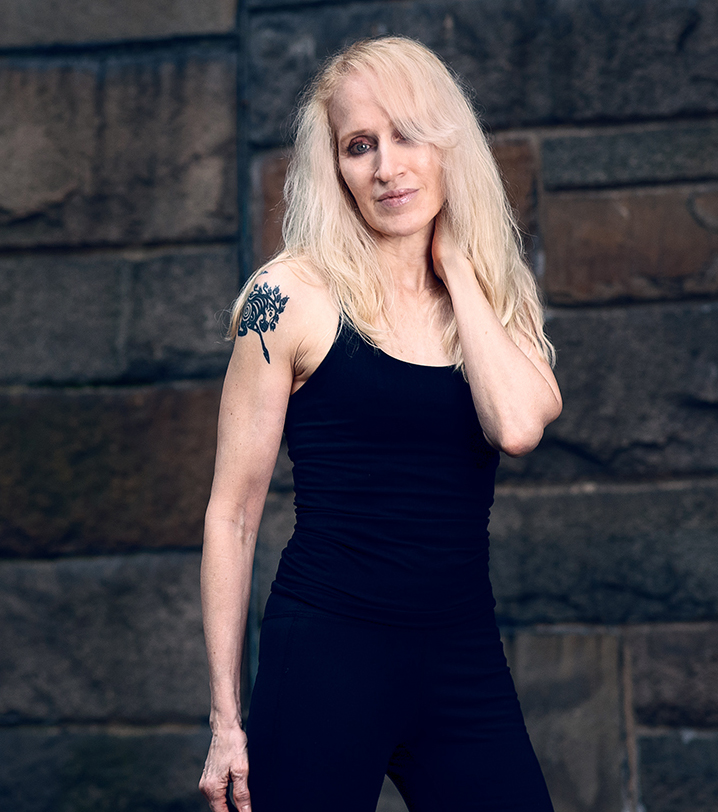 a Conversation with Director April Anderson

When volcanoes erupted on the Reykjanes Peninsula for the first time in 815 years, the world took notice. It’s not every day you get to see the birth of a new volcano. The eruptions that began on March 19, 2021, continued until September 18 and became a tourist mecca in Iceland. Valur Grettisson, of the website Reykjavik Grapevine, gave nearly daily updates on the Fagradalsfjall – Geldingadalir eruptions, relaying the magic and wonder of nature to the world at large.

New York-based documentary filmmakers April Anderson and Martin Chytil set out to make a film about the eruptions and how Icelanders live with the constant threat of volcanic activity in their island nation. The film Anderson and Chytil made is now making the festival circuit and is streaming on Amazon.

The film features spectacular images of the eruptions, but what sets it apart from other documentaries is their focus on people’s relation to living with the constant knowledge that they live in the shadow of active volcanoes.

Fire & Iceland is the second Art as Air documentary on Iceland. Tails of Iceland, about Icelandic horse culture, was their first. I spoke to director April Anderson by Skype about her films, photographing volcanoes, and meeting incredible people.

Bob Pomeroy: How did you get started making documentary films?

April Anderson: I started out doing these films for the Art as Air project that we began in 2012. We started with doing a series of graphic novels called The Littlest Vampire, and then progressed to interviews and profiles of artists of all kinds of genres. So we built the website on these interviews.

In 2014, we went to Iceland for the first time, and we absolutely fell in love with it. On the plane back, we met a young Icelandic couple who had just been married. They were going on their honeymoon and we started talking. We became Facebook friends. We found out that Kari had been fighting cancer for the last 10 years, but he was so positive and such a really amazing person you would never have known. He introduced us to the family horses, which we fell in love with immediately, because the Iceland horses are really incredible. They’re like puppy dogs. They follow you around, they get in your business, and they’re really very, very sturdy and great personalities. Six months later, we found out that Kari had died.

About a year later in 2017, I said to his mother, “well do you want to do something about the horses and the people, that we can dedicate to Kari?” And she was like, “yes, I would love to do that.” So we embarked on our first major adventure. Kari’s mother kind of set up everything with the horse community in Iceland and we had a most incredible creative experience making Tails of Iceland. It was really such a special time, special film, and a special reason to make it. And then of course we were like, okay, what are we going to do now?

Fire & Iceland was the next project. How did you decide to make a film about volcanoes?

We heard about this volcano that started erupting in March 2021, and we were like, “oh my God, we have to go see this volcano.” It was what they call tourist eruptions. So it’s fairly safe, if you count that a volcano was never entirely safe. It was safe enough to go close to see it. But of course at that time we were still in lockdown from the pandemic, and there were no planes flying. So we waited, nail biting until May. We actually booked the first flight out of New York to Iceland after the pandemic.

We got there and of course, getting to the volcano, the hike, it was not easy. In talking to Search and Rescue, we found out that there were like at least four or five incidences of broken bones, heart attacks, strokes… just accidents on that hiking trail every day.

What was it like when you got to the volcano?

By the time we went back to Iceland in summer, it was a whole different thing. You could not even get close to the volcano because the lava had overrun all of the paths. So you could only go on a more distant path and really couldn’t see it. You couldn’t experience it like we did in May. So we feel very lucky that we were able to have that defining experience and very lucky to get the footage that we did because we’re pretty proud of what we were able to get for this film.

There’s a lot of really great footage of the volcanoes in Fire & Iceland. Did you shoot all of that yourself?

Martin does the drone footage, and I do the ground footage. I actually bought a few clips from a Swedish guy, Leon, who was there in June. I got a lot of the ground footage of the early volcano as well as some from after we left from Adam Kaczuba. He was there 67 times during the course of the eruption and graciously let us use his footage so we could better tell the story of the six months that it was active. I captured the rest of the ground footage from our two visits. I think it put together the visual of what it was like to be there.

It’s really amazing just to see people walking up and putting their foot on the cooling lava.

Yeah, that actually drives Icelanders crazy, because they’ve been taught since birth that you do not walk on fresh lava like that. You do not do it because you can step in a crack and it may be cool on top and a thousand degrees underneath. If it’s just a thin crust, you can lose your limbs. I saw a lot of that when we were there. I just gave up saying, you know, you’re going to be sorry if you venture too far, because you might slip into a crack. People are going to do what they’re going to do. But also, Search and Rescue made it perfectly clear. If somebody fell into a crack and got in trouble, they’re not going to risk their lives to get out there and get them. There’s only so far they would take the rescue efforts.

So if you decide to go dancing on the volcano, if you fall in, you’re done.

That’s on you. And that would probably be the last thing you’ll ever do.

I also wanted to ask you a about the style of your films. These are documentaries, but they’re not documentaries in the same way that people generally think of them. There is no narrator telling the story with the talking head here and there. You approach things very differently.

It’s a little different to follow, because you’re not getting the narrative spelled out for you. There’s a narrative, but you have to wait for it to develop.

Themes develop. The theme of Fire & Iceland was that there are these people who live in the shadow of the volcanoes, in what I call a volcanic culture. They are so pragmatic about it, because they know that at any moment their whole lives can be disrupted and taken away from them if one of the larger volcanoes erupts. They’re all like, “Mother Nature can speak if she wants to.” I feel like we got to that. The narrative was about the volcanic culture and how people live.

I understand you just won something at the Vegas Movie Awards?

So that must be gratifying.

Do you do other things besides filmmaking?

We both have day jobs. We like to do these films on our own terms, so we finance it all ourselves with our day jobs. Martin is a front-end web developer, and I am in marketing and communications for the Songwriters Hall of Fame.

Yeah, it’s pretty interesting. I’ve met a lot of my idols, and you know, a lot of them actually do stay on their pedestals rather than falling off miserably.

Do you have anything planned to follow up Fire & Iceland?

I met one of the co-founders of a nonprofit called the Wild Tomorrow Fund, and they do what’s known as rewilding in South Africa. They recently bought a number of hectares of to use as a corridor for the wild animals to go back and forth between the wetlands and the more arid areas. The animals were pretty much blocked from traveling back and forth, since everything has turned into pineapple plantations there.

Fire & Iceland and Tails of Iceland are both streaming on Amazon.