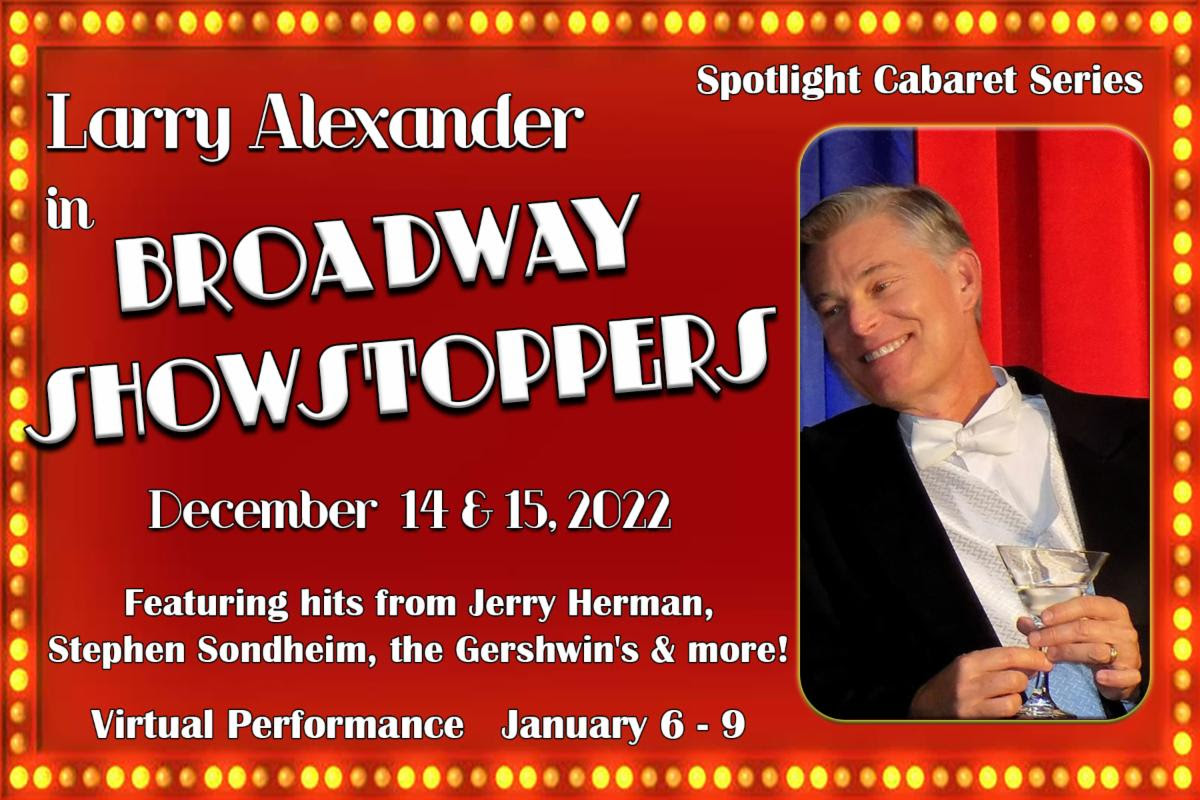 Christmas? Cabaret? At the Winter Park Playhouse? Why, of course. We begin with a medley of “Oh, What a Beautiful Morning,” “Blue Skies,” and a showstopper from Jekyll and Hyde. It’s actually quite refreshing after a few weeks of holly this, and jolly that, and eating sugar cookies for breakfast, lunch, and midnight snack. Mr. Alexander is a certified Broadway hoofer who’s been in so many hit shows I can’t begin to list them all. And he’s not hiding in the chorus — he’s often the male romantic lead and the sort of guy that can actually stop a show. He didn’t stop us tonight, but he did almost get a die hard Winter Park Playhouse audience to stand up. Mr. Alexander dropped by to sing in the current Irving Berlin opus Steppin’ Out, and Winter Park Playhouse talked him into a quickie lobby cabaret. Mr. A. had actually worked with Berlin in the old days, so this man has street cred and vocal cred and we would not expect anything less at the Heather and Roy show.

The musical selection of standards (and some soon to be standards) ranged from “Jekyll and Hyde,” Sondheim’s “A Little Night Music,” and “Send in the Clowns” to Ethel Merman’s big breakout number, “I’ve got Rhythm.” While touches of the holiday sneak around underfoot like a Jellicle cat, the emphasis here is big numbers from big shows sung with a big voice. Behind Mr. Alexander sits the ever versatile Chris Leavy, and behind him, we can see the pulsing traffic of Orange Avenue and the occasional Sun Rail train flutter by. But inside the showroom, we are all warm and cozy, and while we lack hot cocoa, we do have a reasonably diverse bar. Booze and show tunes – what more can you want on a cold Orlando night?