Sometimes musicians with an innate talent for crafting highly personal prose put to music will slog through sets at venues meant for people to hang around the bar area drinking and conversing. For 24-year-old Massachusetts native Saul Conrad, that kind of evening happened at the National Underground in New York’s lower East side, a venue that marginalized what I thought was a pretty good performance. 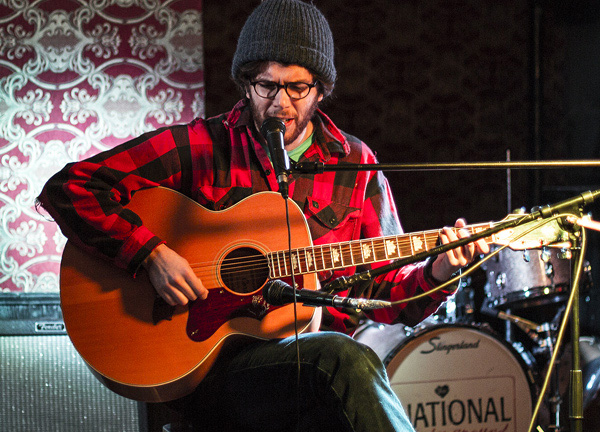 Saul Conrad’s Americana folk songs are an intimate collection of little gold nuggets for self-reflection. Think of a jam sandwich of Elliot Smith with a smear of Townes Van Zandt (if you took away his country twang) and a voice that reminds me of They Might Be Giants. Kate Schecter, who sings on Conrad’s album Poison Packet, provides hand-in-glove harmonies to boost and lighten up the set, most notably in the light-hearted country song “Whiskey Eggs.” But overall there’s also an odd solace in listening to the somberness of Conrad’s lyrics and the intertwining of his and Schecter’s vocals in “Darkness,” “Bird in the Sun,” and “Bonfire Blues.” 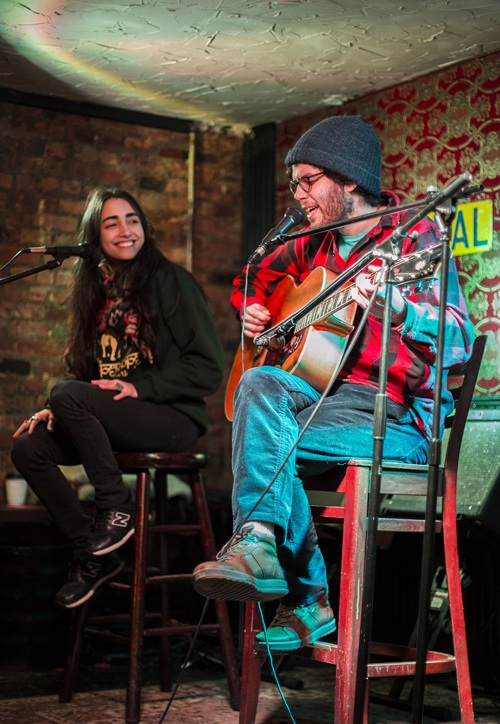 Now here’s the rub. Partially owned by Gavin DeGraw (the hat-obsessed Top-40 pop-pianist/singer most recently of Dancing with the Stars fame), National Underground is a really small dive bar that seems more like a local watering hole for townies and the occasional straggler hoping to see DeGraw stop by. The poorly designed layout has a stage view that is blocked by two intrusive columns smack in the center of the place. Because of this, more than half of the people in this bar were oblivious to Conrad’s set. Moreover, the poor acoustics reverberated the bar chatter, which at times was so loud that I could barely hear Conrad’s singing. This is a real shame, because I think he deserves a better audience.

Maybe Conrad is more coffeehouse than dive bar, but it’s no reason not to check him out. Just tune out the bar noise and ingest Conrad’s Poison Packet.